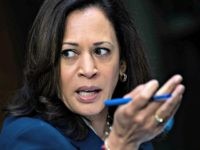 Host Dana Bash said, “I want to ask about Russia. The Department of Homeland Security bulletin said that Russia is trying to amplify claims that mail-in voting will lead to widespread voting fraud and undermine the public’s trust in the upcoming election. Are you worried that Russian interference could cost you the election?”

Harris said, “I am clear that Russia interfered in the election of the president of the United States in 2016. I serve on the Senate Intelligence Committee. We have published detailed reports about exactly what we believe happened. And I do believe that there will be foreign interference in the 2020 election and that Russia will be at the front of the line.”