[Ed. Note: If you’re still living in Portland or Seattle, without immediate plans to leave, you’re kind of an idiot.] 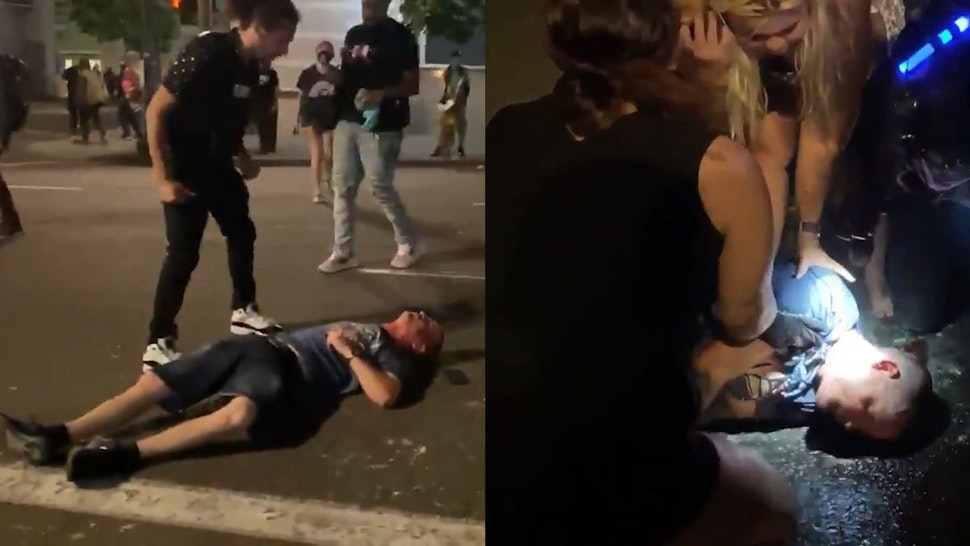 Violent rioters allegedly beat a man in Portland last night, kicking and punching him in the head, after he reportedly defended someone that had been attacked.

The man then appeared to attempt to flee the situation in his truck and later ended up crashing into a building, at which point he was violently attacked by what independent journalists have identified as Antifa and Black Lives Matter activists. During the attack he was kicked in the head from behind, which instantly knocked him out. Some of the witnesses attempted to move him.