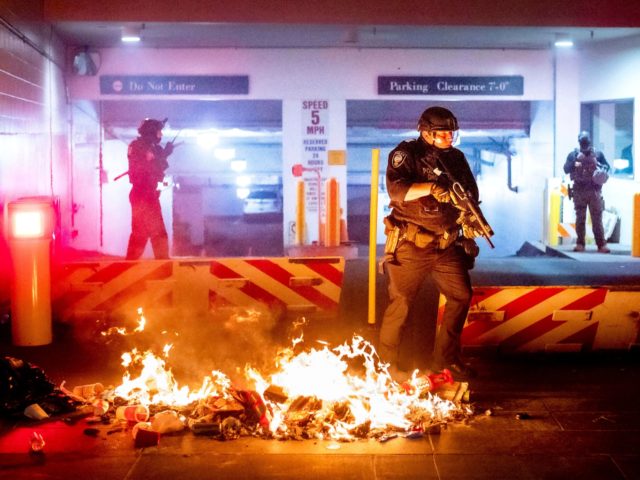 “When you commit arson with an accelerant in an attempt to burn down a building that is occupied by people who you have intentionally trapped inside, you are not demonstrating, you are attempting to commit murder,” Mayor Wheeler, who has remained relatively soft on demonstrators — even joining them last month — said.