Annual federal spending grew by $940 billion under his signature, even before the coronavirus. 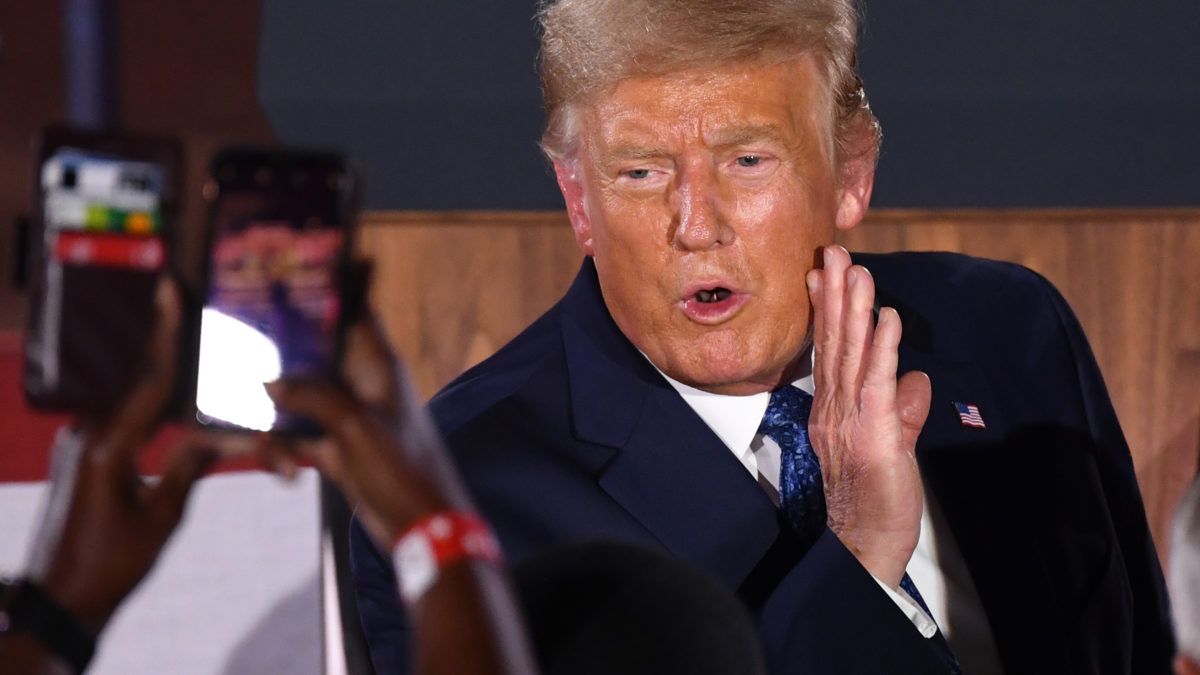 Early in Wednesday night’s Republican National Convention broadcast, South Dakota Gov. Kristi Noem reeled off a list of reasons she thinks voters should reward President Donald Trump with a second term. Among them: “He shrunk government.”

Alas, that statement isn’t close to being true.

The most traditional way to measure the size of government is to count how much money it spends. In Barack Obama’s last full fiscal year of 2016 (covering, as fiscal years do, the period from October 1 the previous year to September 30 of the annum in question), the federal government spent $3.85 trillion—$2.43 trillion on “mandatory” items (Social Security, Medicare, Medicaid, etc.), $1.16 trillion on discretionary outlays (more than half of which went to the Pentagon), and $230 billion on debt service. (I’m using here numbers compiled by The Balance, which differ slightly from those of the Congressional Budget Office but are broken out in more detail.)