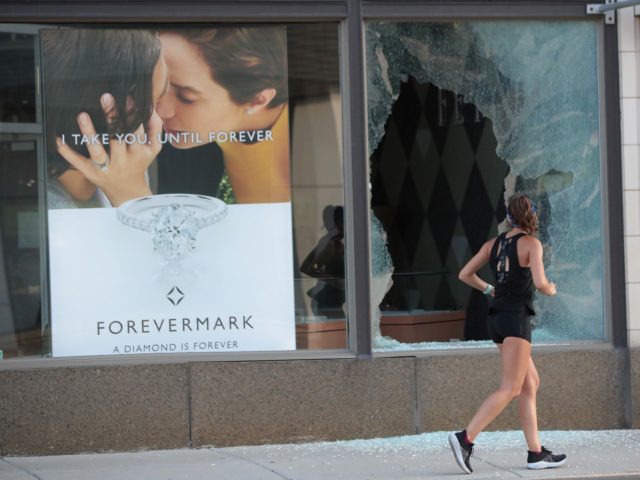 There was also gunfire and violence against police officers. As of this writing, downtown Chicago is all but closed to those trying to get to work on a Monday morning.

[…] The details reveal just how organized this was….

The looting and rioting started just after midnight and lasted “nearly five hours.” Get this…