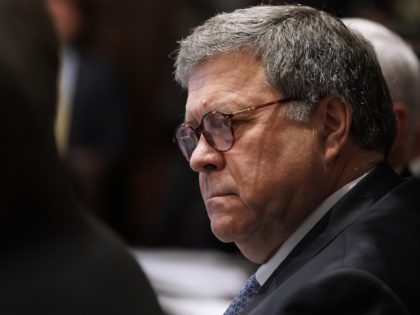 On Thursday’s broadcast of the Fox News Channel’s “Hannity,” Attorney General William Barr praised outgoing Seattle Police Chief Carmen Best and stated that “unless we support the police, we’re not going to have a police force. These communities are not going to have the safety.” He further stated that “a lot of the liberals will buy themselves out of that. They’ll go to resort towns and so forth, and they’ll escape the consequences of it. But the people in the inner cities won’t. … That’s not caring about black lives.”

Barr said, [relevant remarks begin around 6:00] “Well, lives are being lost in violent crime and the demonization of the police. Carmen Best is an example of the highly competent and professional and dedicated police professionals we have in this country. We’re blessed with that throughout the country. They’re excellent, and she is a great example of it, and we should be supporting them. And being a police officer is one of the — it is the hardest job in the United States.