The J.V. squad was out looking for trouble and the battle over who counts as press continues. 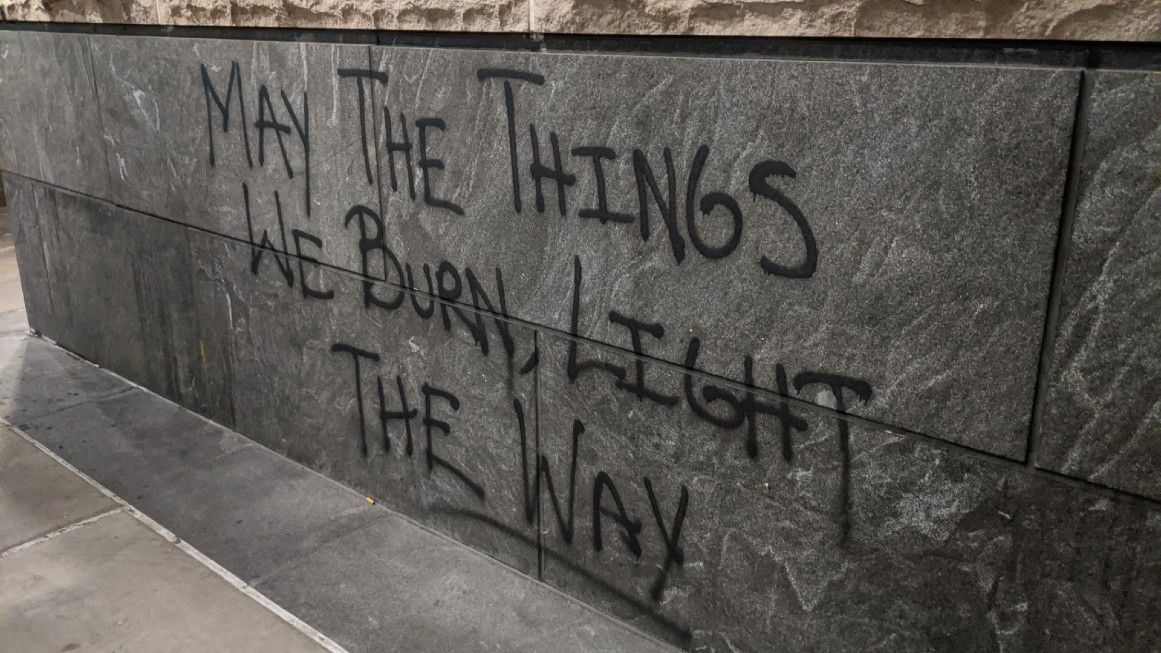 C. programs her camera glasses. She’s covered dozens of Portland protests, had her equipment stolen, had people rough her up.

“They don’t like to be photographed,” she says, “they” meaning the various young people who’ve confronted law enforcement nightly since the killing of George Floyd.

Our first stop of Thursday night, however, is peaceful, watching a young black man in a gray hoodie on a mic in park a few blocks from where the usual action is.

“I come here to speak to you today about self-accountability,” Xaii Kuu says, explaining to a smattering of people that he’s been told variously that he’s an Uncle Tom, that he doesn’t go about protesting the right way, that he should die.