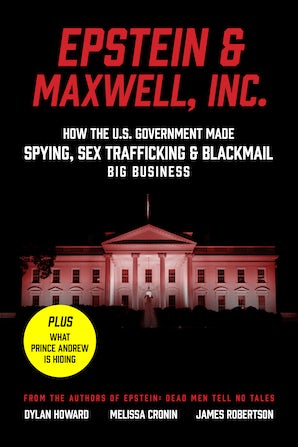 As a man with unprecedented access to the facts and a reporter who is one of the most feared journalists in Hollywood, investigative reporter Dylan Howard has cracked open scandals that have brought down the careers of Mel Gibson, Charlie Sheen, Hulk Hogan, Paula Dean, and numerous others.

His next book is, Epstein, Inc.: How the US Government Helped Make Spying, Sex Trafficking, and Blackmail Big Business. We talked extensively about Ghislaine Maxwell, her late father Robert Maxwell and their connections with Epstein and various intelligence agencies. Will she suffer the same fate as Epstein or will she name names? Will the Deep State do what it does best and insure that the truth will never be disclosed?

We also talked about Michael Jackson and his many skeletons lurking in closets all over. An interesting interview.

Howard’s sense for news saw him rise to become the undisputed most powerful gossip editor in the world, publishing dozens of salacious tabloid magazines each week, including Us Weekly, The National Enquirer, Star, In Touch, Life & Style, RadarOnline.com, and more.