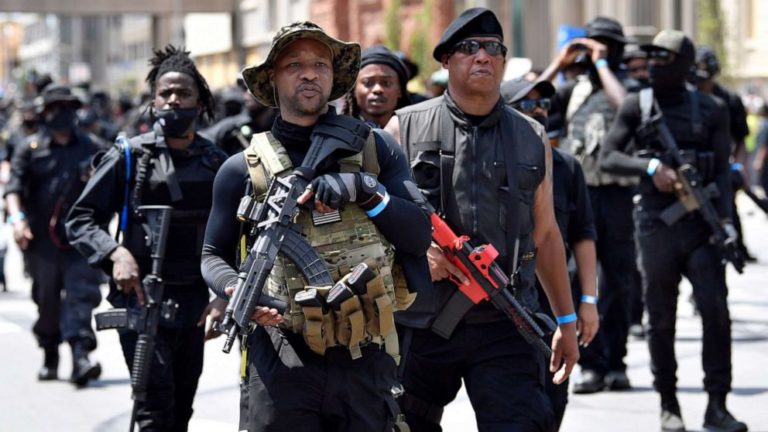 On our way to becoming a nation of hobos, the Democratic Party’s Antifa shock troops brought out the lethal weapons this weekend, hoping to provoke a Kent State 2.0 type bloodbath that would clinch the election for the mummified remains of Joe Biden, currently reposing in his basement sepulcher. How’d that work out?

In Louisville, Saturday, just after lunchtime, the self-styled Not Fucking Around Coalition (NFAC) was mustering for action and “inspecting firearms” (according to NFAC comandante Grand Master Jay) when one of said weapons accidently discharged and mowed down three NFAC warriors — nicely demonstrating the hazards of fucking around with loaded weapons.

In Austin Saturday night, one feckless BLM mob marcher name of Garrett Foster brought his AK-47 to the street party. When he pointed it at a motorist trapped by the crowd, he got blown away to that great struggle session in the sky, the surprise of his life, I’m sure.