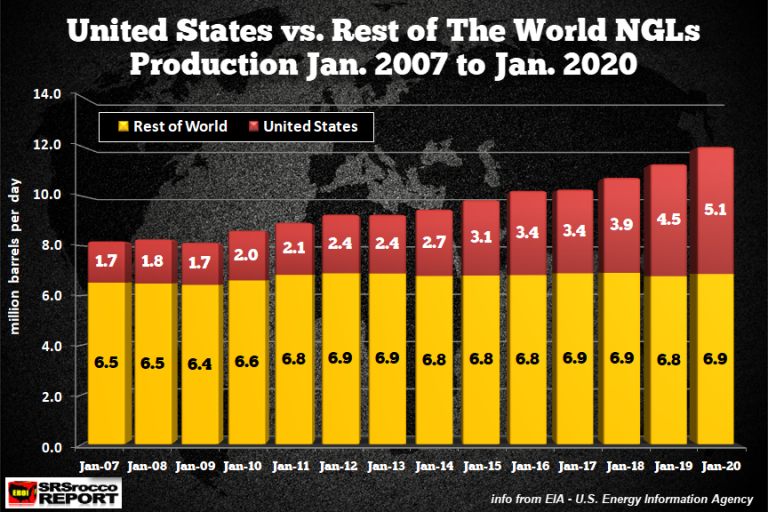 How can an electric car be called “Green” when it contains more than 700 pounds of plastic?? Electric vehicle (EV) manufacturers are using more plastic to lower the weight of the car due to the massive battery used, weighing more than 1,000 pounds. Unfortunately, plastic is still made from petrochemicals, the so-called “Dirty Fossil-fuel Industry.”

So, without petrochemicals, the manufacture of electric cars would be extremely difficult without plastic. And the primary feedstock for plastic is natural gas liquids (NGLs). Due to the rapid rise in NGLs production, especially in the United States, plastic production has surged. We can see in the chart below, that the United States accounted for nearly 90% of global NGLs production growth since 2007.