by Mike Whitney
The Burning Platform 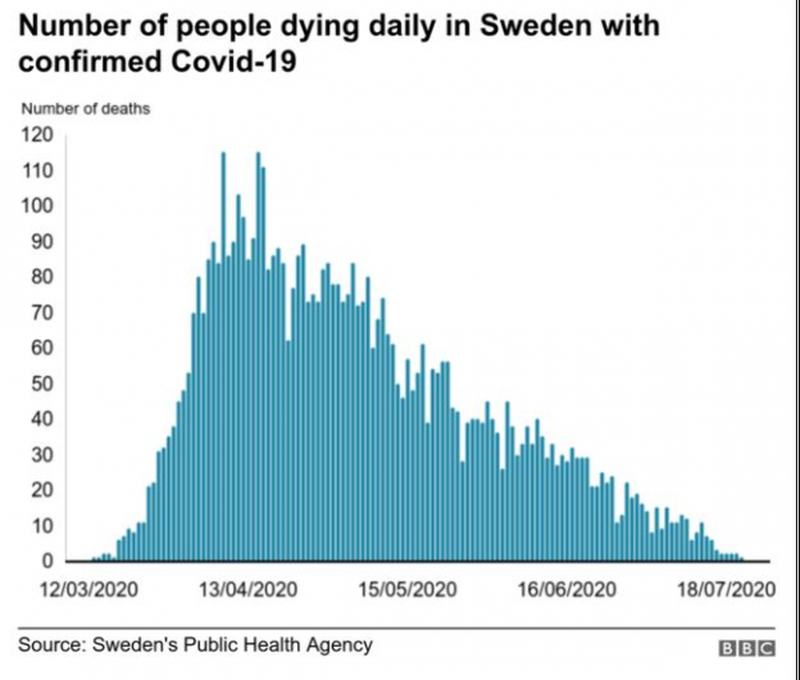 While the Covid-19 epidemic continues to drag on in the United States, it’s largely over in Sweden where fatalities have dropped to no more than 2 deaths per day for the last week.

Sweden has been harshly criticized in the media for not imposing draconian lockdowns like the United States and the other European countries. Instead, Sweden implemented a policy that was both conventional and sensible. They recommended that people maintain a safe distance between each other and they banned gatherings of 50 people or more. They also asked their elderly citizens to isolate themselves and to avoid interacting with other people as much as possible. Other than that, Swedes were encouraged to work, exercise and get on with their lives as they would normally even though the world was still in the throes of a global pandemic.