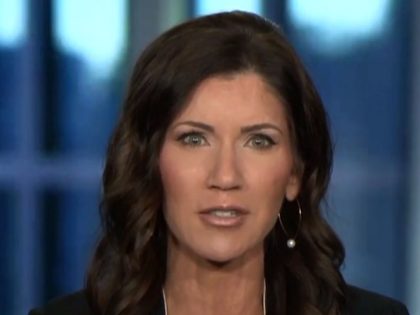 Tuesday on Fox News Channel’s “Your World,” Gov. Kristi Noem rejected the claim the push to remove statues and monuments was about “equality.”

She praised President Donald Trump’s efforts, including his July 3 speech at Mount Rushmore in her state, to defend monuments.

“I think it’s important we protect our history,” she said. “This isn’t about equality anymore. This is a radical rewriting of our history to take away our freedoms and liberties. It’s really trying to rewrite the foundation of this country. And so it’s alarming to me. I’m thankful that the president made the statement that he made in his speech about protecting Mount Rushmore and other monuments across the country.”