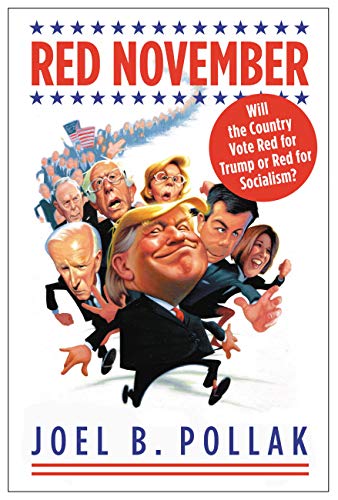 Joel B. Pollak is author of Red November: Will the Country Vote Red for Trump or Red for Socialism? He’s Senior Editor at Large at Breitbart News and host of Breitbart News Sunday on SiriusXM Patriot. A conservative journalist goes behind enemy lines to cover the 2020 Democratic primaries from the inside. The 2020 Democratic primaries were some of the most extreme in the history of the United States. But the show isn’t over yet. Socialism is still on the rise, and ideas that used to be considered crazy are now even more mainstream than they were before. In Red November, conservative journalist Joel Pollak tells the story of how the Democratic party got so extreme, and give a riveting account of life on the campaign trail. There are stories from the Democratic debates, interviews with candidates, and scuffles between journalists. Part travelogue, part satire, part memoir, Red November is a factual, yet humorous, look behind-the-scenes at the candidates, activists, and voters as Democrats choose who will take on the sacred task of removing Donald Trump — “45,” as he is known to his haters — from the White House and ushering in a utopian age of “Medicare for All” and the “Green New Deal.”