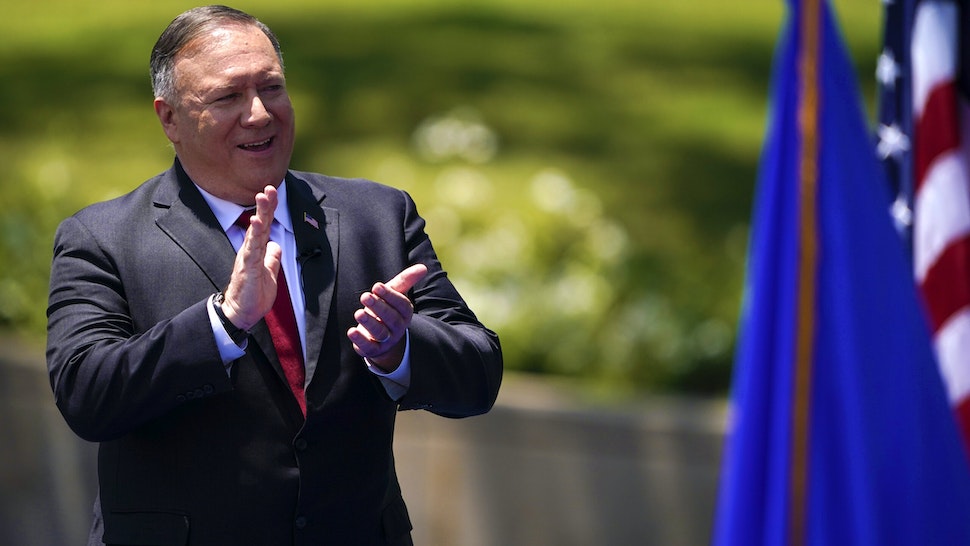 Secretary of State Mike Pompeo called on leaders around the world on Thursday to unite against the Chinese Communist Party, warning that if the free world doesn’t change that “communist China will surely change us.”

“My remarks today are the fourth set of remarks in a series of China speeches that I asked National Security Advisor Robert O’Brien, FBI Director Chris Wray, and the Attorney General Barr to deliver alongside me,” Pompeo began. “Ambassador O’Brien spoke about ideology. FBI Director Wray talked about espionage. Attorney General Barr spoke about economics. And now my goal today is to put it all together for the American people and detail what the China threat means for our economy, for our liberty, and indeed for the future of free democracies around the world.”