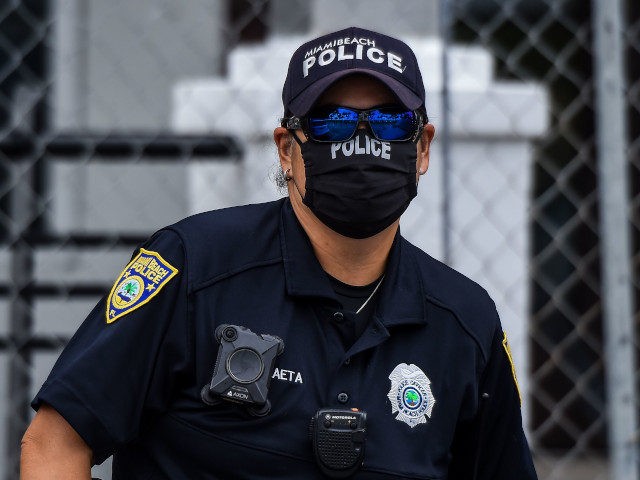 Miami, the area of Florida hit hardest by the Chinese coronavirus, is doubling down on its mask order, reportedly deploying a team of dedicated police officers to enforce the requirements.

Miami-Dade County Mayor Carlos A. Gimenez announced the updated mask order on July 1, requiring masks “in all public spaces inside and outdoors throughout Miami-Dade County.” The order essentially expanded on his April mask order, requiring coverings to be worn outdoors “with few exceptions.”

Penalties for non-compliance include up to $500 in fines or jail time.

City officials are now looking to ramp up enforcement, reportedly dedicating a team of 39 police officers to back the mandate, according to the Sun-Sentinel. The first three offenses will come with a fine of $50, $100, and $500 depending on if it was a first, second, or third violation. After that, the individual can face jail time.