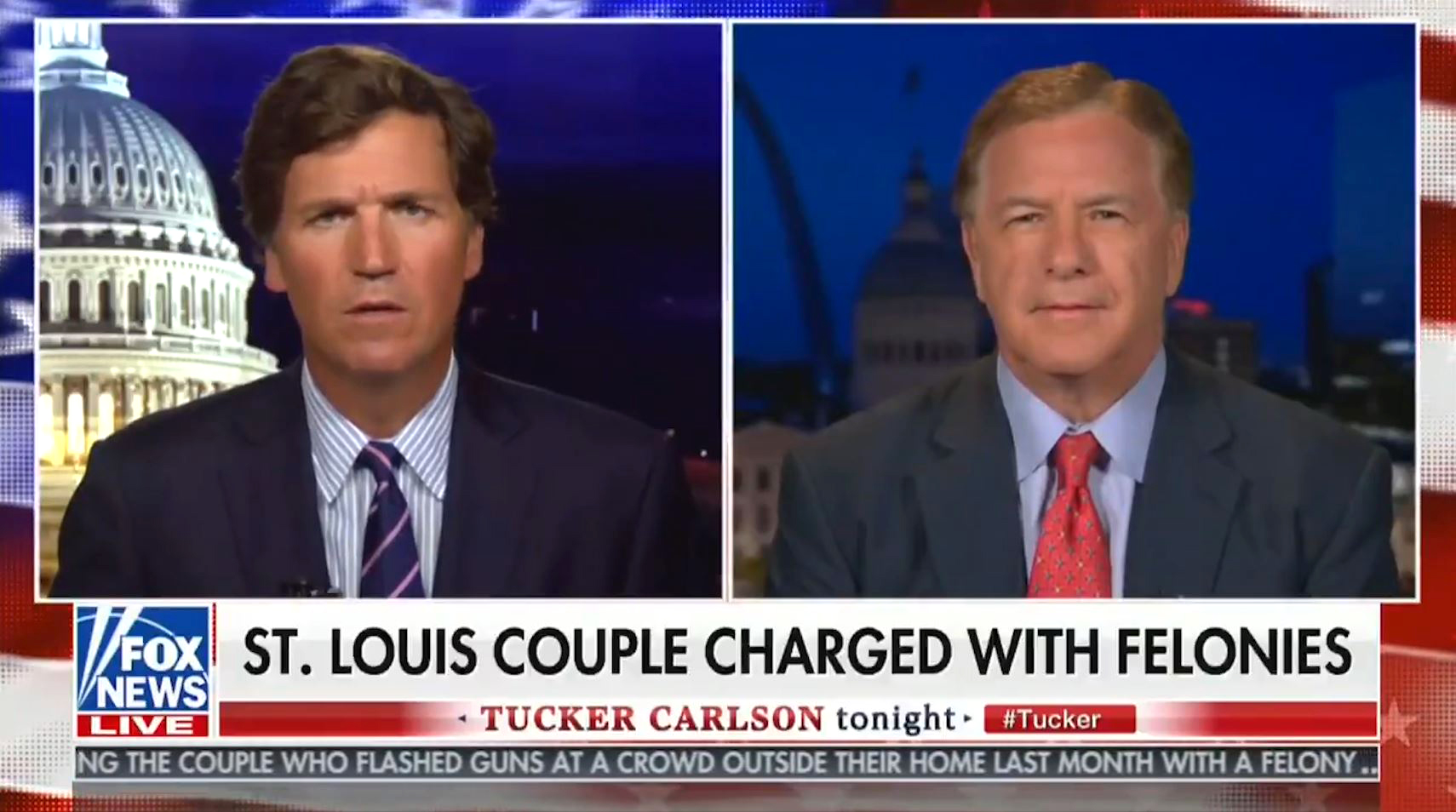 St. Louis homeowner appeared on Fox News’s “Tucker Carlson Tonight” with host Tucker Carlson to discuss the breaking news from this afternoon that Democratic St Louis Circuit Attorney Kim Gardner had charged him and his wife with felonies after they defended their private property last month with firearms.

McCloskey told Carlson that none of the people who had allegedly trespassed onto this property had been charged and that Gardner has “apparently decided her job as a prosecutor isn’t to keep us safe from criminals but to keep the criminals safe from us.” It’s a bizarre upside down world. I’ve been a little irritated by this process until today and now I am just flat out pissed off. This has gotten to be outrageous.