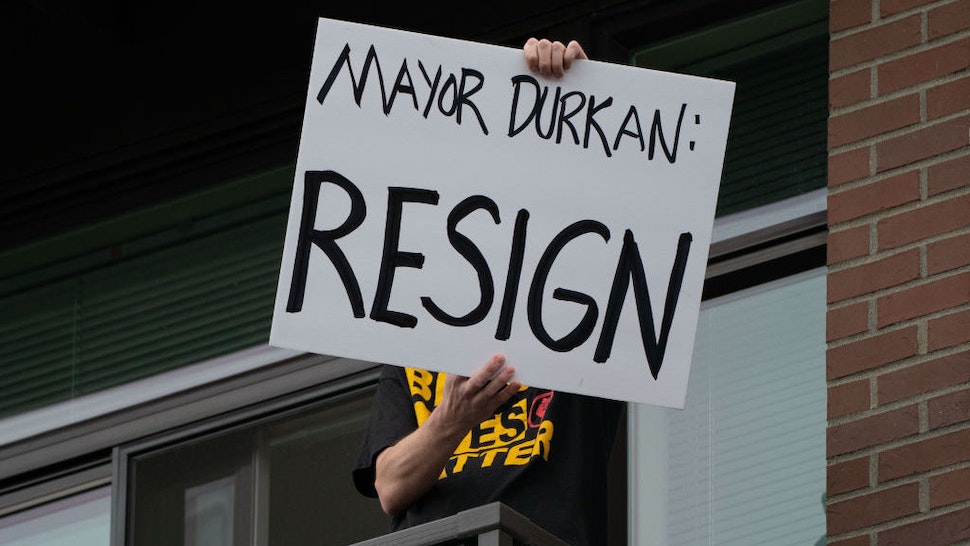 A Washington state judge has approved a petition to recall Seattle Mayor Jenny Durkan to move forward with collecting signatures.

[…] “Jenny Durkan’s abuses of power, lack of foresight and failure to protect the public — and the peace — in Seattle leaves us with no choice,” said Elliott Harvey, the lead petitioner and the chair of the Committee to Recall Jenny Durkan. “This is exactly the kind of case a recall is intended to address.”

“Twenty years is a sufficient time frame to gain the hindsight needed to respect the legal rights and protections of the public,” Harvey added in a statement released by the campaign.