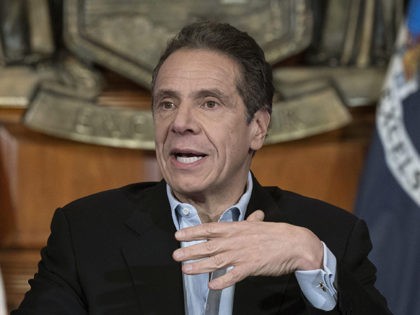 During a press conference on Monday, New York Gov. Andrew Cuomo (D) stated that President Trump’s “COVID scandal makes what Nixon did at Watergate look innocent.” And that the facts show that “Trump was wrong from day one and New Yorkers have been right from day one.”

Cuomo said the federal government has “been denying the reality of the situation from the beginning. It doesn’t exist. It’s going to go away, by Easter we’ll reopen, when it gets warm it will go away like it’s a miracle. It didn’t go away. There was no miracle. You denied reality. This is their political agenda over public health policy. That’s what this is.”