The scary monopoly power on display Wednesday was the federal government’s. 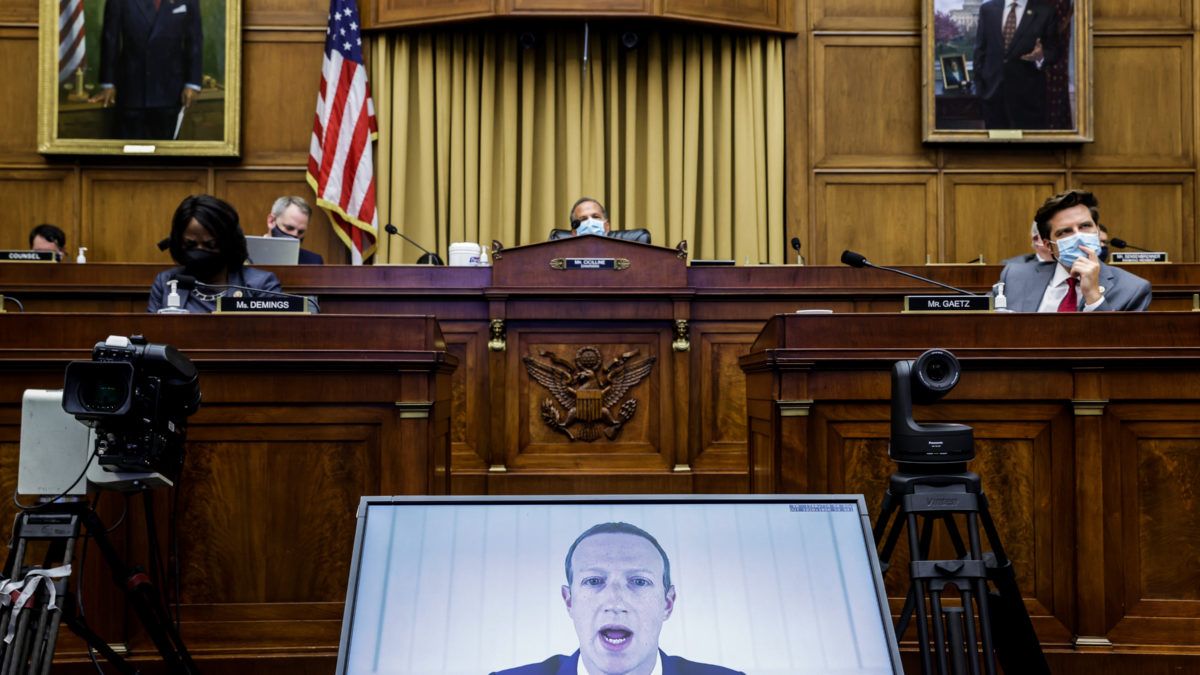 The top executives of four major tech companies—Amazon, Apple, Facebook, and Google—were hauled before Congress on Wednesday; each accused of being an online monopoly that may require government action.

Math, as the $26 trillion national debt might suggest, is not exactly Congress’ strong suit.

One thing Congress is quite good at, however, is putting on a show—and Wednesday’s hearing of the House Judiciary Committee was more about theatrics than seriously considering the use of antitrust law. Perhaps that’s because it’s somewhat ridiculous to argue with a straight face that Google or Amazon are actually monopolies, or because it’s quite obvious that consumers who dislike Apple’s or Facebook’s products are perfectly free to give their time, money, and business to competitors on or off the web.