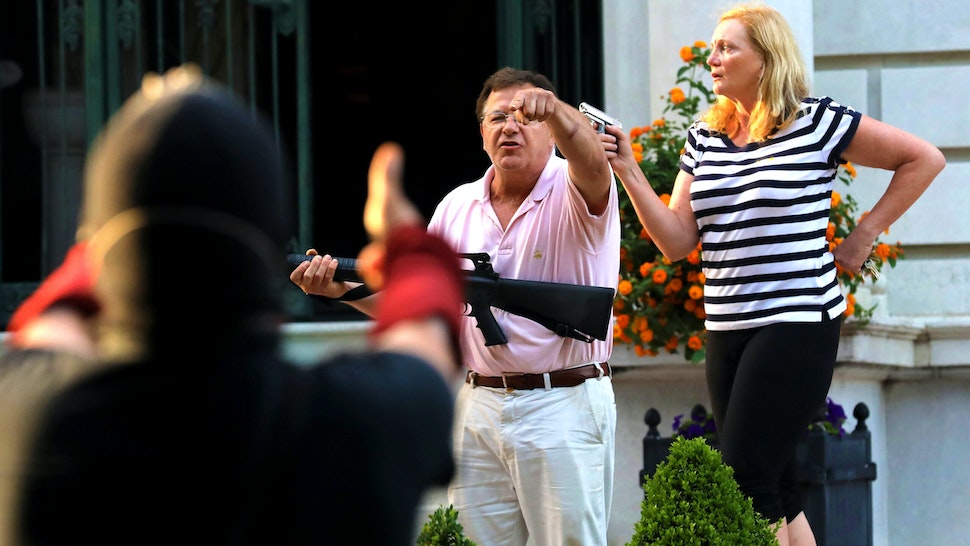 Mark McCloskey, the homeowner who defended his St. Louis home recently from a large mob of demonstrators, told Fox News on Monday that he excepts to be “indicted shortly.”

The segment came after St. Louis law enforcement officials served a warrant on the McCloskeys late last week and confiscated the rifle that he used to defend his home.

[…] “The police were really very professional and very nice,” McCloskey said. “The cops that came out to issue the search warrant on us, they were almost apologetic. They didn’t want to have to be there. They were doing their job. Patty wanted to take a picture to document it and she asked if they wouldn’t mind facing away from the camera so that people wouldn’t get mad at them if their faces were shown on TV.