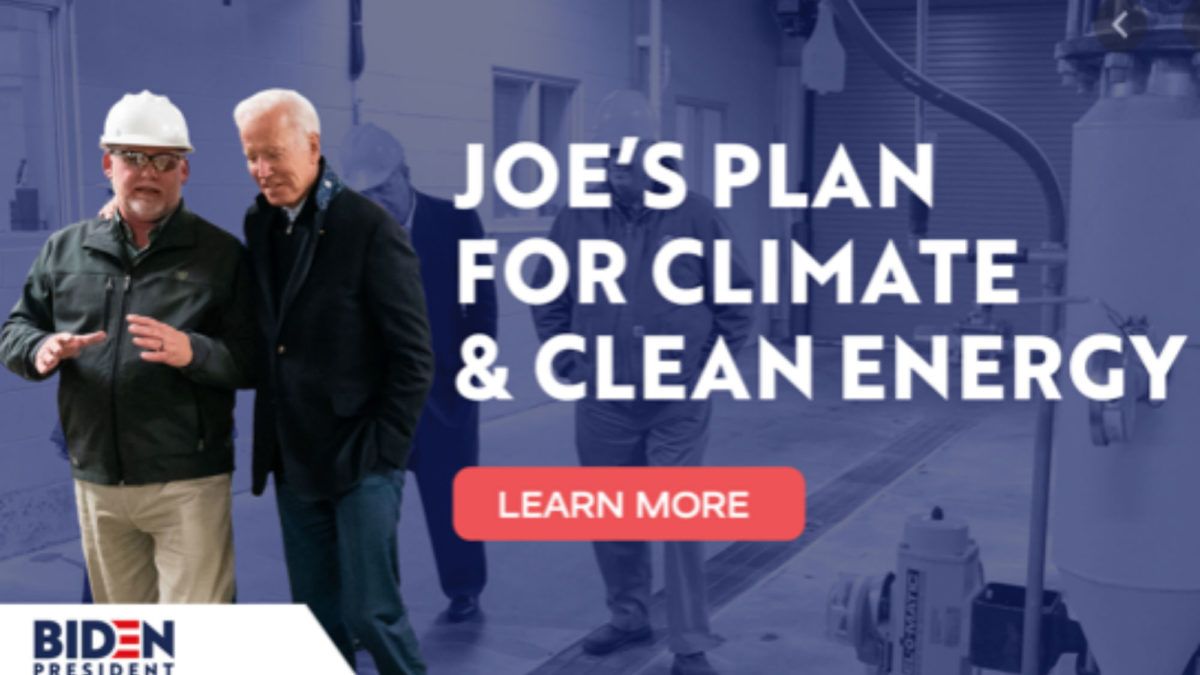 Although he doesn’t call it that, Joe Biden, the presumptive 2020 presidential nominee of the Democratic Party, rolled out his version of the Green New Deal during a Tuesday speech on how his administration would handle man-made climate change. Biden’s “plan for a clean energy revolution and environmental justice” incorporates most of the environmental and economic policies outlined in previous Green New Deal proposals.

Take the Green New Deal resolution introduced last year by Rep. Alexandra Ocasio-Cortez (D-N.Y.) and Sen. Edward Markey (D-Mass.). While somewhat vaguely aspirational, this aims to commit the U.S. to net-zero greenhouse gas emissions by 2050, to creating millions of unionized jobs, to investing much more in clean infrastructure and industry, to hugely expanding public transit and high-speed rail, and to greatly increasing federal support for research and development in no-carbon energy generation. In June 2019, Rep. Ocasio-Cortez estimated that the Green New Deal would cost $10 trillion.