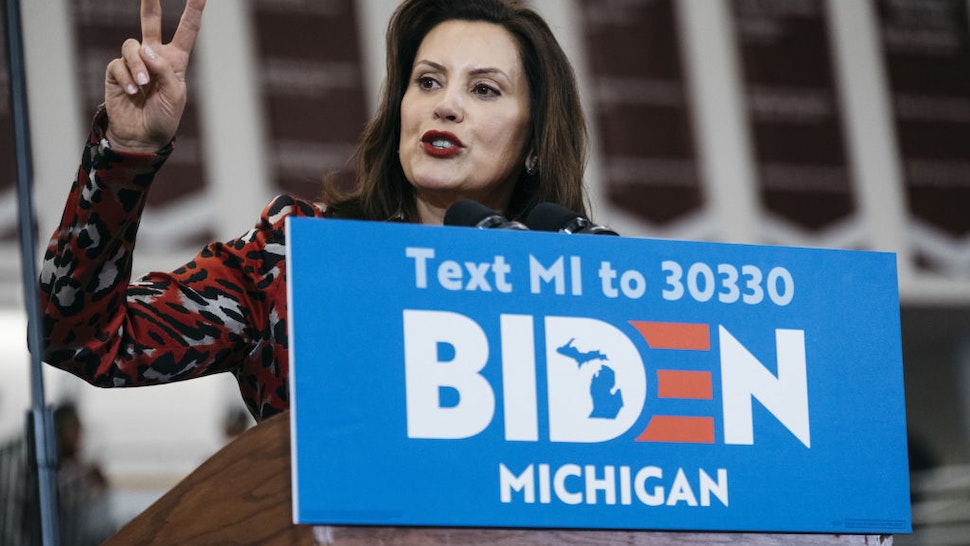 On Thursday, Michigan Democrat governor Gretchen Whitmer marched along with demonstrators with her hands held up as they chanted “Hands Up, Don’t Shoot!” The marchers were responding to the death of George Floyd, whose death while in police custody triggered protests, riots and looting across the nation.