A spokesperson for the Minnesota Department of Public Safety says they were scared people would drive too fast. 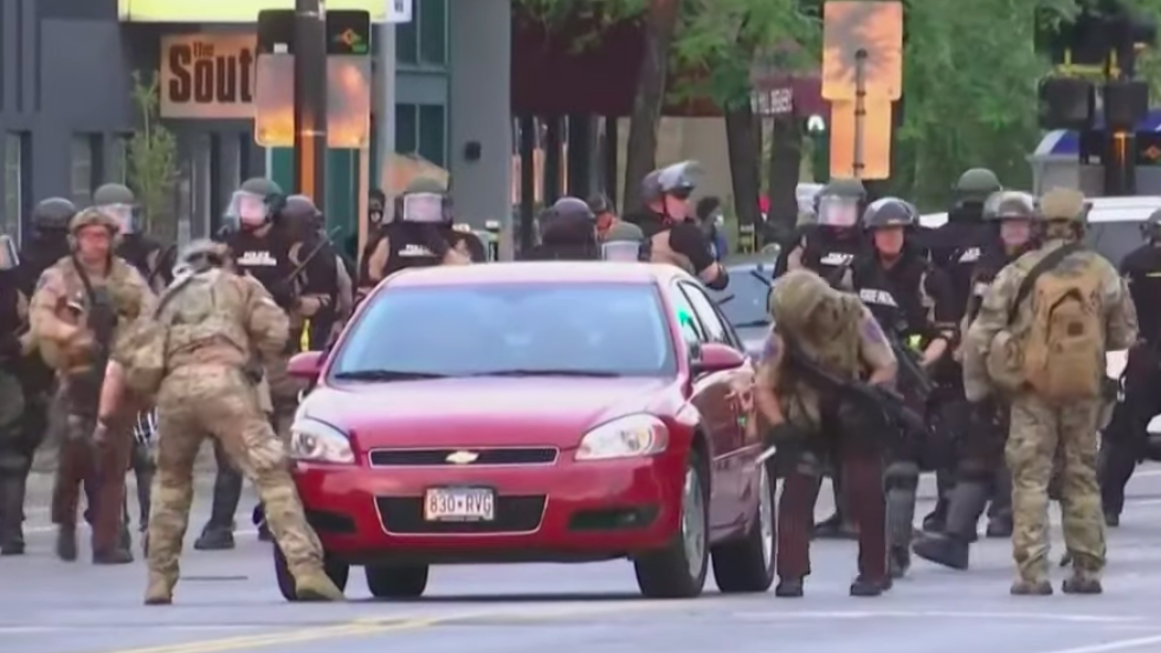 In one clip, cops clad in military-style uniforms can be seen stabbing tires during a protest led near the state’s I-35 West highway. But in a more puzzling turn, additional footage shows a parking lot full of slashed tires at the local Kmart.

Some protesters, news crews, and medics in Minneapolis found themselves stranded after recent protests: The tires of their cars had been slashed.

Many assumed protesters were to blame. But videos reveal a different culprit: the police. https://t.co/SGYS5nXPFq pic.twitter.com/HH6uygLgoI