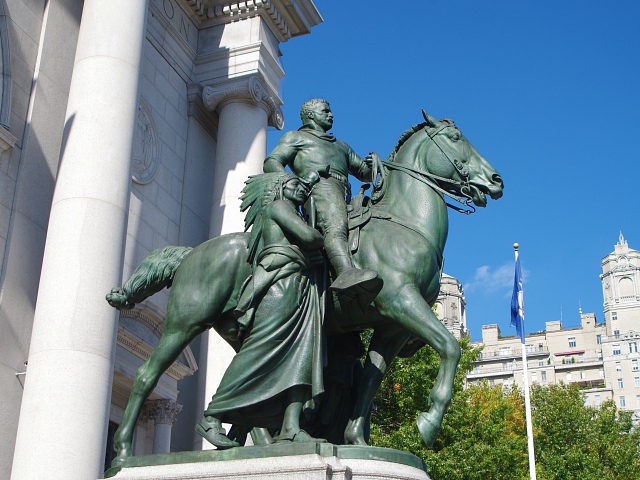 New York City’s American Museum of Natural History announced Sunday that it will remove a statue of former president Theodore Roosevelt from outside its entrance.

The bronze statue, which has stood outside of the museum entrance since 1940, depicts Roosevelt riding horseback accompanied by a Native American and an African American male. According to the announcement, the move stems from nationwide attacks on confederate statues and protests over the death of George Floyd.

“Over the last few weeks, our museum community has been profoundly moved by the ever-widening movement for racial justice that has emerged after the killing of George Floyd,” the museum’s president, Ellen V. Futter, told the New York Times. “We have watched as the attention of the world and the country has increasingly turned to statues as powerful and hurtful symbols of systemic racism.”