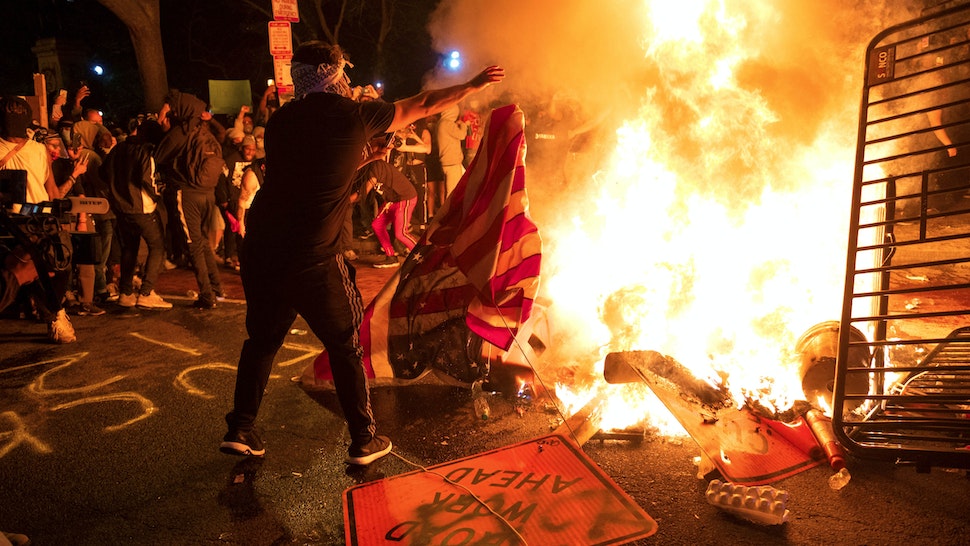 Dozens of Secret Service agents were reportedly injured by violent rioters near the White House as the rioters threw objects and burned American flags late on Sunday evening, which occurred after the Lincoln Memorial was vandalized hours earlier.

“More than 50 Secret Service agents were injured, fires set by rioters blazed near the White House and authorities were searching for car bombs late Sunday as protests over the death of George Floyd continued to roil the capital just two days after President Trump had to be taken to a bunker for his safety,” Fox News Editor Gregg Re reported. “A senior official in the direct chain of command for defending Washington D.C. told Fox News of the injuries to Secret Service agents, some of whom were hurt by rioters throwing bottles and Molotov cocktails in Lafayette Park, just across from the presidential residence.”