[Ed. Note: Fun fact… Each of Lincoln’s hands are resting on a fasces. If you get any more military on the steps, you’ve officially got the most fascist image in world history (unless you could stage this scene in front of the walls of the U.S. Congress).] 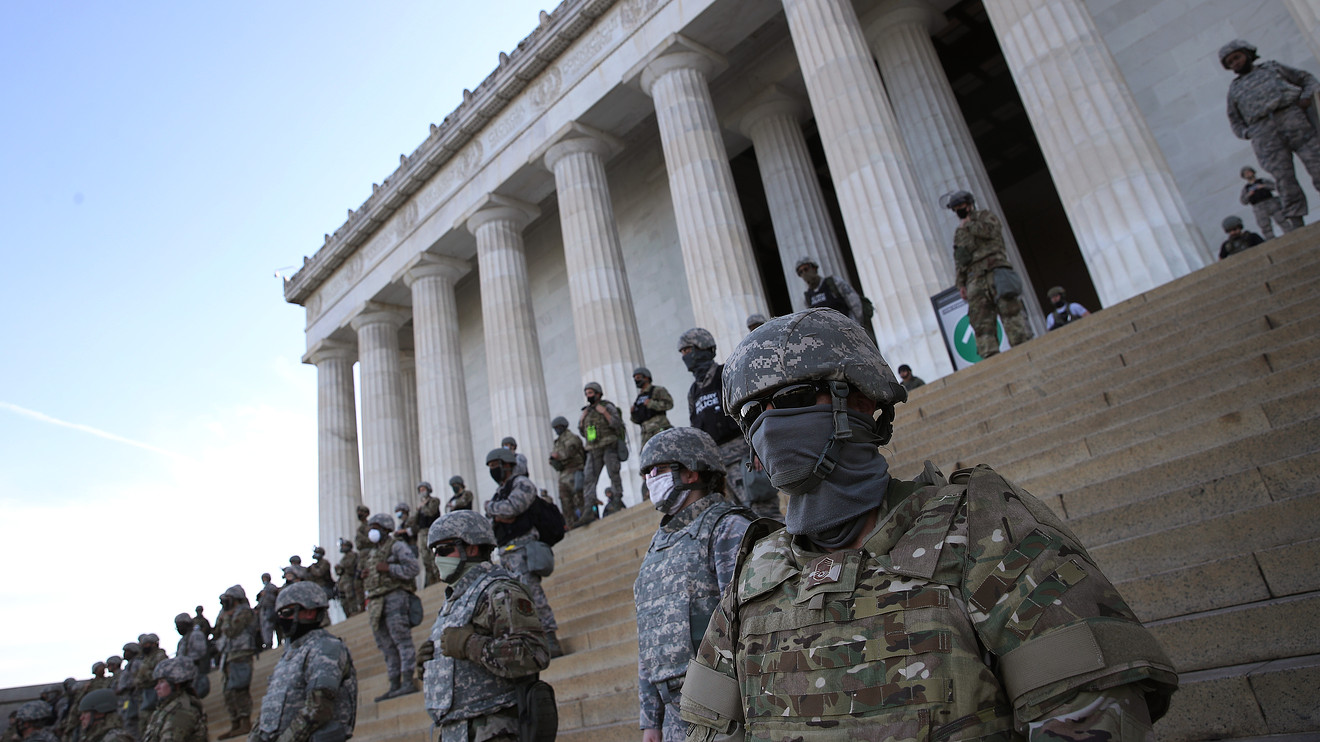 A military show of force on the steps of the Lincoln Memorial in Washington caused a social-media uproar Tuesday night.

Dozens of members of the District of Columbia National Guard, many of them masked, lined the steps of the iconic monument as hundreds of demonstrators protested peacefully below. The protest dispersed as the city’s curfew set in.

The show of force came after President Donald Trump on Tuesday again urged governors to call in National Guard troops to quell nationwide protests that have often turned violent, after threatening Monday night to deploy military forces. On Monday, federal police aggressively cleared a peaceful crowd of protesters in front of the White House, so Trump could have a photo op at an historic church across the street, a move condemned Tuesday by many congressional Democrats but few Republicans.