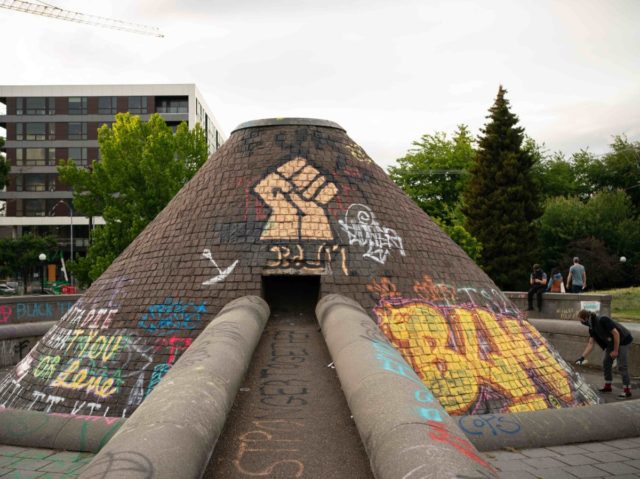 The radical enclave in Seattle known as the Capitol Hill Occupied Protest (CHOP) will apparently feature a Juneteenth celebration on Friday that will be restricted to black people, while white people are being asked to provide security and donations.

Fox News reported Friday that the CHOP, formerly known as the “CHAZ” (for Capitol Hill Autonomous Zone), would be entirely closed to white people.

However, it appears that the segregation is only taking place in Cal Anderson Park.