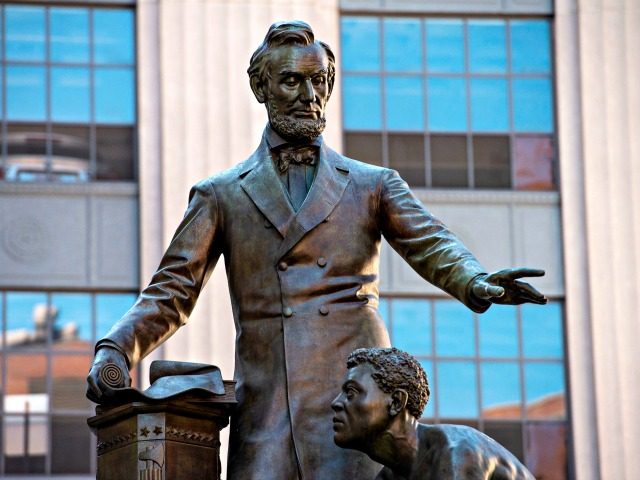 The statue has stood in a park just off Boston Common since 1879. It’s a copy of an identical monument that was erected in Washington, D.C., three years earlier. The copy was installed in Boston because the city was home to the statue’s white creator, Thomas Ball.

Although the monument was created to celebrate the freeing of slaves in America, its design disturbed many who objected to the optics of a Black man kneeling before Lincoln.