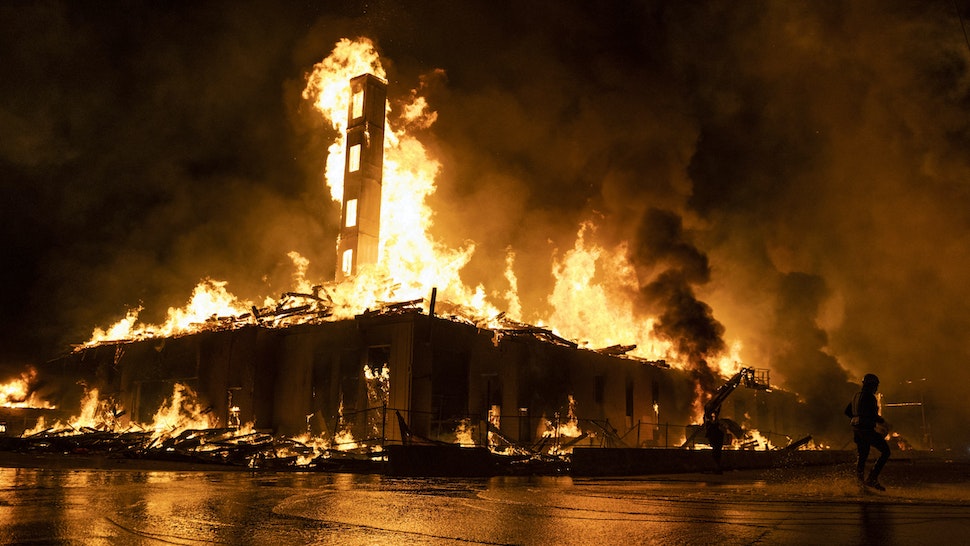 Minneapolis burned on Wednesday night after riots over the death of George Floyd, who died in police custody earlier this week, spun out of control and turned violent.

The Star Tribune reported that most of the violence came from a massive crowd that was rioting outside Minneapolis’ Third Precinct police headquarters who were “throwing objects at the building and officers and turning more violent as the night wore on.”

[…] “The AutoZone Auto Parts store across from the Third Precinct was set afire. As some protesters tried to extinguish the fire, others danced gleefully in front of the flames and smoke, snapping selfies,” The Star Tribune reported. “At the nearby Lake Street Target store, looters were seen leaving with items ranging from large TVs to clothing to groceries. Looting also occurred at Minnehaha Lake Wine & Spirits, at Hiawatha and Lake, and at many other businesses in the area.”