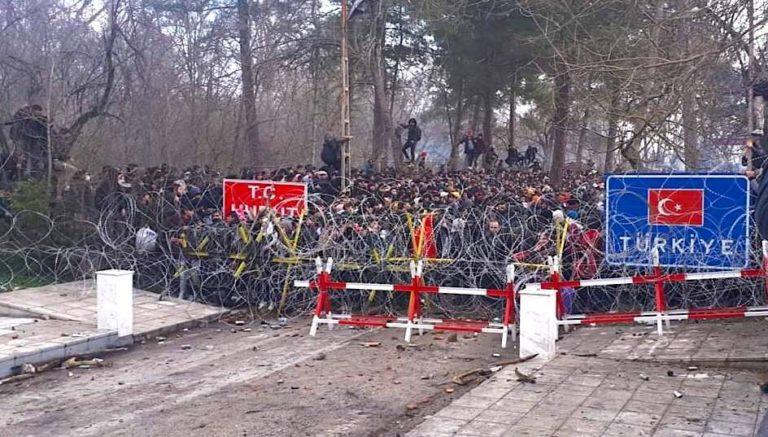 Early this week we took note of the increasingly tense border dispute between historic longtime enemies Greece and Turkey, specifically concentrated along the Evros River which separates the two. Athens charged that Turkish troops had conducted a land grab at a site where the river level went down, altering its course, or essentially orchestrating a quiet military ‘invasion’ of sovereign Greek territory in progress.

“At the camp there is now a small Turkish flag flying from a tree. Troops have rejected Greek demands to withdraw. It comes weeks after thousands of Syrian refugees failed to break through into Greece,” The Daily Mail has described of the dispute.

This also comes after months of Turkey’s Erdogan threatening to unleash Syrian refugee and migrant chaos on the EU — which he’s already made good on to a limited degree — resulting in clashes between Greek border patrols and an influx of Middle East migrants.