Steve Quayle – We Are Entering Into Tribulation Times 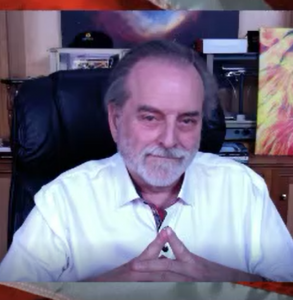 Filmmaker, book author and renowned radio host Steve Quayle says all the bizarre and violent global headlines are telling him we are living in Biblical times. Earthquakes, famine, war, persecution and plagues were all predicted by Jesus Christ in the “End of Days.” Quayle says, “Let’s just take the locust plague. It was the ninth plague of ancient Egypt. The locust plague now that is infecting, eating and devouring Africa and the Middle East, and it’s gone into China. . . . It’s eating its way across Asia. . . . The overview is when Jesus spoke about ‘wars and rumors of wars,’ he also talked about famine. He talked about pestilence. He talked about betrayal. He talked about people who will be persecuted, and people are being persecuted and murdered all over the world who are Christians. It’s now coming to the United States. So, there is a global persecution going on now.”