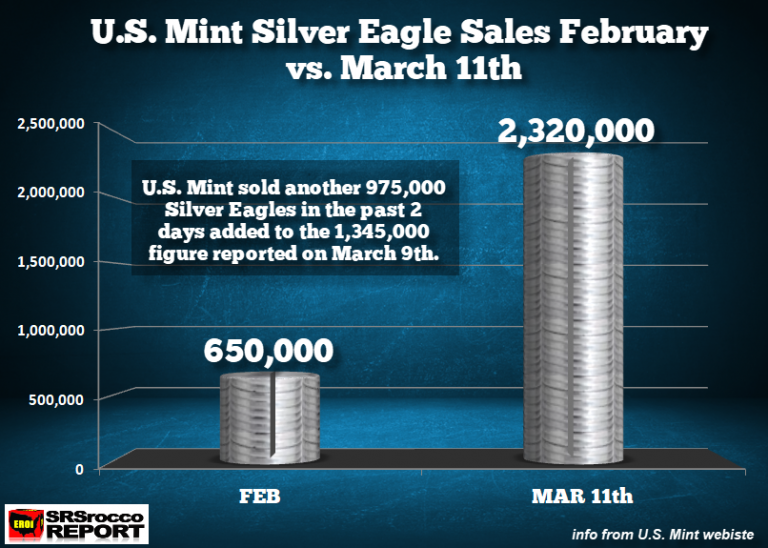 With the spread of the Global Contagion, the demand for physical precious metals has increased significantly. According to the U.S. Mint’s newest update, another million Silver Eagles were sold over the past two days. This brings to total Silver Eagle sales in March at 2.3 million, more than three times the previous month.