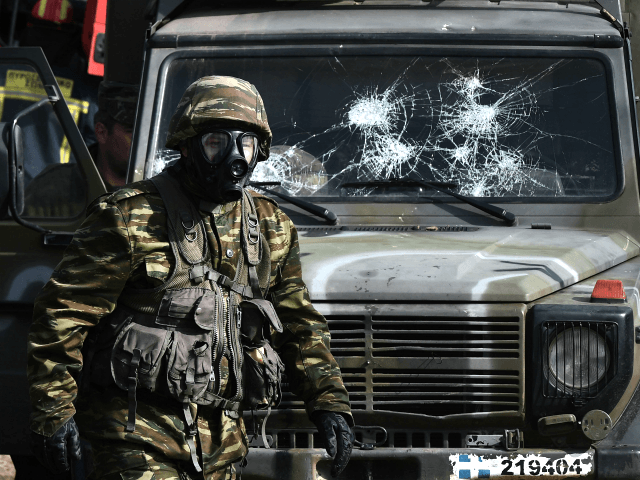 Violent clashes erupted on the European Union’s common external border over the weekend as Greek border guards tried to stop migrants promised they could travel to Europe by the Turkish president from entering.

Recep Tayyip Erdogan, who leads the Islamist government in Ankara, told migrants the border was now open several days ago — a move widely regarded as punishment for the West’s failure to back his effective annexation of northern Syria, which has embroiled him in an increasingly deadly confrontation with the Syrian government and its backers in Russia, Iran, and Hezbollah.