Promises to fight for Democratic nominee 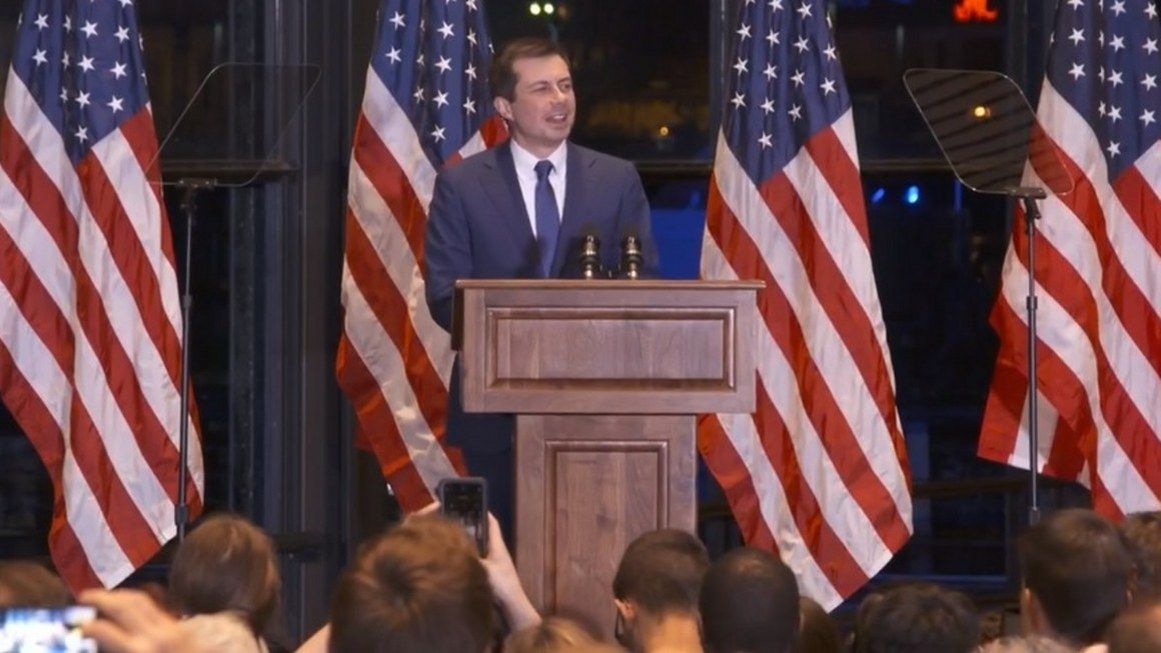 Joe Biden’s strong showing in South Carolina’s primary has put an end to Pete Buttigieg’s attempt to offer himself up as a more moderate alternative to the likes of Sens. Bernie Sanders (I–Vt.) and Elizabeth Warren (D–Mass.).

Tonight the former South Bend, Ind., mayor announced he was suspending his campaign, a day after he came in fourth in South Carolina’s primary, getting fewer votes than Tom Steyer, who dropped out Saturday night.

“Our goal has always been help unify Americans to beat Donald Trump and to win the era for our values,” Buttigieg said in his concession speech Sunday evening. But after acknowledging that his path to victory has narrowed following a poor performance in South Carolina, he announced his own campaign was over. He didn’t throw his support behind a particular candidate, but said he would “do everything in my power to make sure we have a new Democratic president in the White House come January.”