A record 2 million plus people have filed for unemployment. 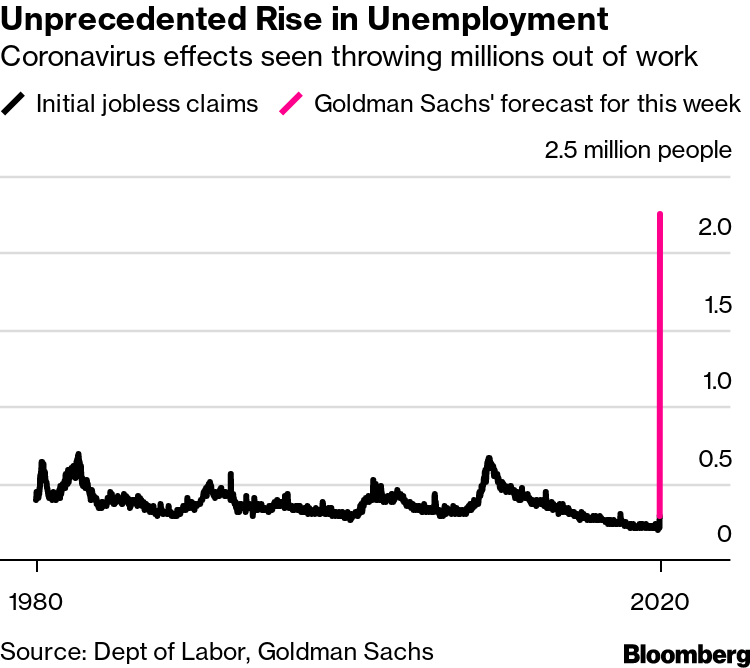 The COVID-19 outbreak has jarred an 11-year bull market into a sudden downturn and what looks to be a recession. What is more startling is that we are now anticipating a record number of unemployment claims hitting the system that even dwarfs what was seen during the Great Depression. Various reports show that unemployment claims will surge by more than two million in what amounts to be a relatively short period of time (one or two weeks). The sudden closure of schools, restaurants, retail locations, and essentially non-essential functions has ground the economy to a halt. Even the Great Recession did not hit with such sudden force. The Dow was inching close to 30,000 when now it is below 20,000. This incredible drop is what happens when you shut down an economy that is built for consumption yet there is limited consuming when we need to be practicing social distancing.