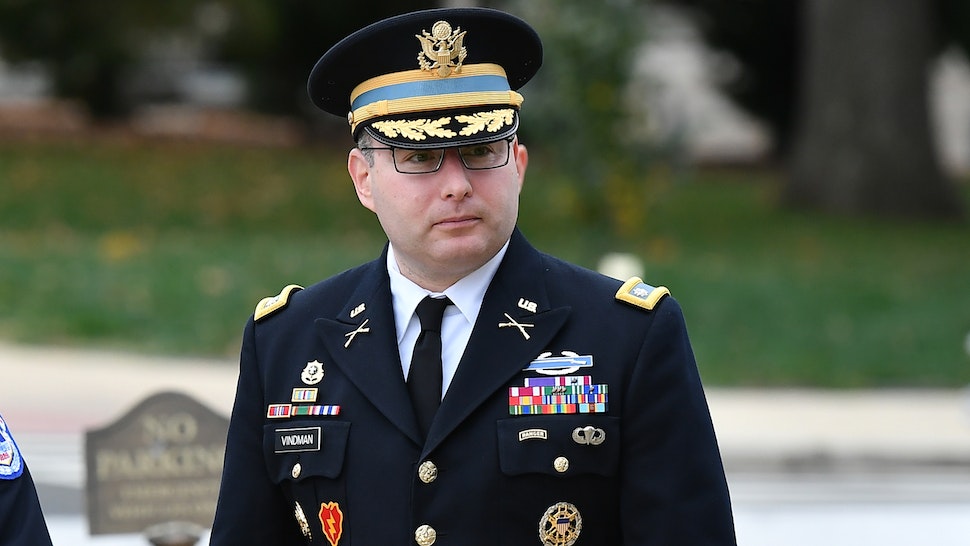 The Trump administration is reportedly weighing options to remove Alexander Vindman from the National Security Council, which comes after remarks he made during President Donald Trump’s impeachment hearing.

Bloomberg News reporter Jennifer Jacobs reported: “White House is weighing plan to dismiss Alexander Vindman from National Security Council after he testified in impeachment inquiry, a move that will be part of a broader effort to shrink Trump admin foreign policy bureaucracy, sources tell me.”

[…] “The White House intends to portray any house-cleaning as part of a downsizing of the NSC staff, not retaliation,” Bloomberg News reported. “Senior officials were informed on Thursday that some staff would be leaving the White House, the people added. The moves have been in the works since at least last week and could come as soon as Friday.”