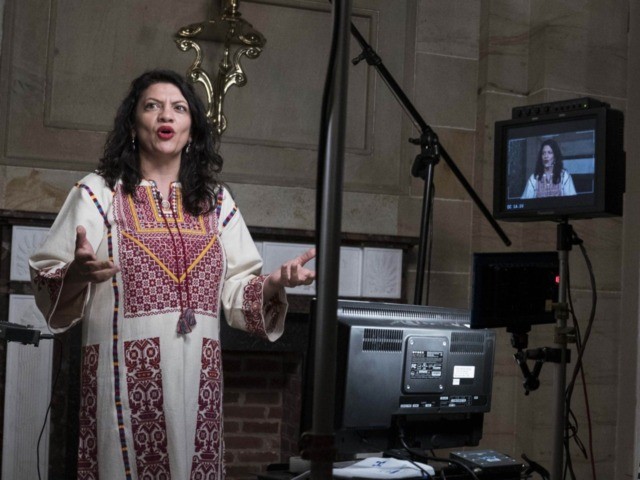 Rep. Rashida Tlaib (D-MI) told MSNBC on Tuesday evening that the reason she walked out of President Donald Trump’s State of the Union Speech was that she was “triggered” by the mention of Supreme Court Justice Brett Kavanaugh.

The camera panned to the justices, all of whom smiled — including liberal Justice Elena Kagan.

But for Tlaib, it was simply too much to bear, as she told MSNBC’s Rachel Maddow: