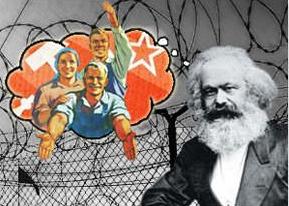 The sharp contrast that Alexis de Tocqueville drew in 1835 between the United States and Tsarist Russia—”the principle of the former is freedom; of the latter, servitude”1—became much sharper after 1917, when the Russian Empire was transformed into the Soviet Union.

Like the United States, the Soviet Union is a nation founded on a distinct ideology. In the case of America, the ideology was fundamentally Lockean liberalism; its best expressions are the Declaration of Independence and the Bill of Rights of the US Constitution. The Ninth Amendment, in particular, breathes the spirit of the worldview of late eighteenth-century America.2 The Founders believed that there exist natural, individual rights that, taken together, constitute a moral framework for political life. Translated into law, this framework defines the social space within which men voluntarily interact; it allows for the spontaneous coordination and ongoing mutual adjustment of the various plans that the members of society form to guide and fill their lives.