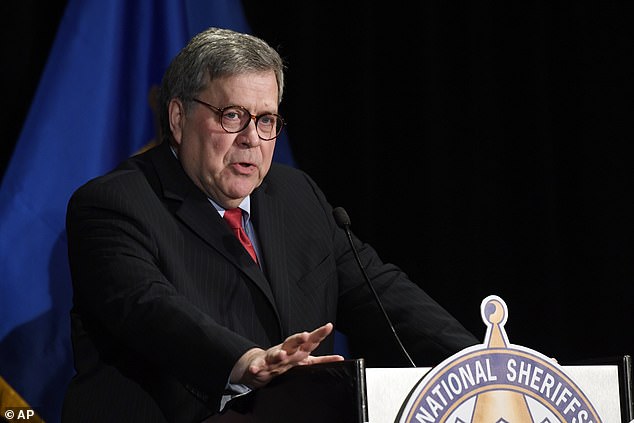 US Attorney General William Barr said the Trump administration will start piling on sanctions on sanctuary cities in what he called a ‘significant escalation’ against policies that have protected immigrants who are illegally in the states.

Declaring that law enforcement officers are being ‘put in harm’s way by these ideologically driven policies,’ Barr announced lawsuits against New Jersey and King County in Washington state, home to Seattle, over immigration policies that offer protections to immigrants who are in the US illegally.

‘Let us state the reality upfront and as clearly as possible,’ Barr said to an audience of officers at the National Sheriffs´ Association Winter Legislative and Technology Conference in Washington on Monday.