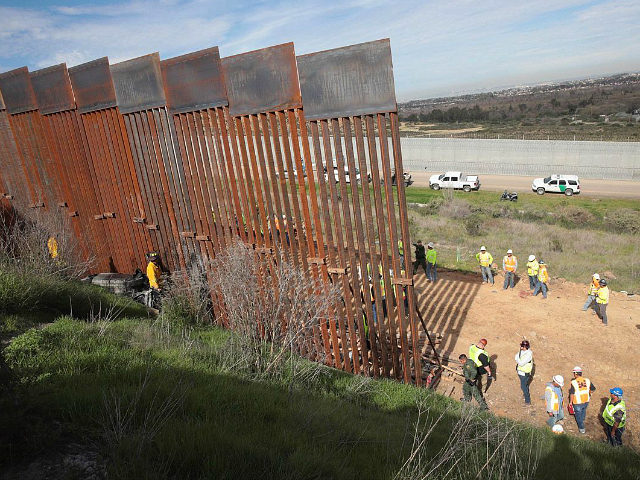 President Donald Trump will transfer another $7.2 billion from Pentagon accounts in 2020 to build the promised border wall, according to the Washington Post.

The paper reported January 13 that the president would use his national emergency powers to:

divert an additional $7.2?billion in Pentagon funding for border wall construction this year, five times what Congress authorized him to spend on the project in the 2020 budget, according to internal planning figures obtained by The Washington Post.

The Pentagon funds would be extracted, for the second year in a row, from military construction projects and counternarcotics funding. According to the plans, the funding would give the government enough money to complete [a total of] approximately 885 miles of new fencing by spring 2022, far more than the 509 miles the administration has slated for the U.S. border with Mexico.

The pending transfer, if not blocked by Congress or the courts, would bump up his border wall spending to $18.4 billion.