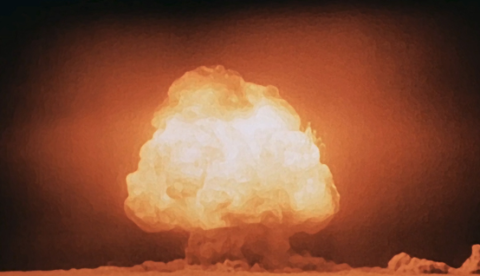 In the days of the 2016 presidential campaign, Donald Trump’s opponents began to suggest he was too mentally unstable to be president. Specifically, it was said he couldn’t be trusted with the presidency’s most dangerous and unchecked power: the power to unilaterally launch a nuclear war.

In late October 2016, for example, the Clinton administration launched ads featuring the now-grown-up actress from the infamous “Daisy” ads implying Barry Goldwater would start a nuclear war if elected. Then, shortly after Trump was elected, some in Congress began exploring ways to limit the president’s nuclear-strike power.

Not surprisingly, these efforts were short lived. As one might expect, The military establishment clutched its pearls at the notion the president’s war making power ought to be limited in any way. As one former Dept. of Defense bureaucrat put it : “I think if we were to change the decision-making process in some way because of a distrust of this President, I think that would be an unfortunate precedent.”