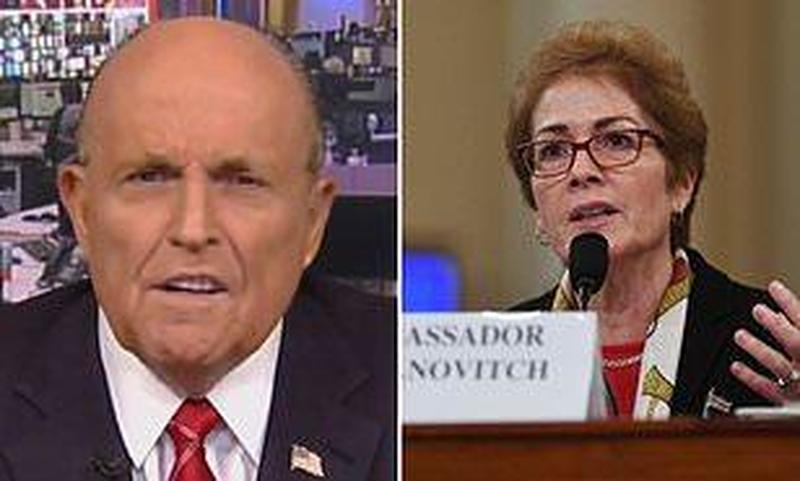 “Trump was simply asking new Ukrainian President Volodymyr Zelensky — in a July phone call — to investigate crimes at the “highest levels” of both Kiev and Washington,” Rudy Giuliani, a personal attorney for President Trump, told Laura Ingraham on “The Ingraham Angle.”

“So, he is being impeached for doing the right thing as president of the United States,” he said.

Giuliani told Laura Ingraham on “The Ingraham Angle” that he helped forced out Yovanovitch because she was corrupt and obstructing the investigation into Ukraine and the Bidens.