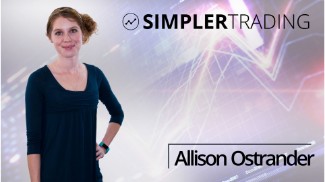 Allison Ostrander of Simpler Trading returns… Cannabis stocks rallied for a second day last Wednesday, buoyed by a historic congressional committee passage of a bill that aims to lift the federal ban on weed, as well as strong gains for Curaleaf after it posted a narrower-than-expected third-quarter loss. Curaleaf’s U.S.-listed shares CURLF, +15.23% CURA, +15.07% were last up 15%, as investors shrugged off its revenue miss. The Massachusetts-based company posted a loss of $6.8 million, or a penny a share, versus losses of $33.7 million, or 9 cents a share in the year-ago period. Revenue rose to $61.8 million from $21.4 million. Analysts polled by FactSet had expected losses of 2 cents a share on revenue of $63.6 million. GMP analyst Robert Fagan, who rates the stock a buy, said the numbers were “largely in line with our relatively high expectations.” The revenue number was below his estimate of $67 million. He highlighted positives, including good cost control, a sequential rise in sales and that vaping fears had only a mue effect on Select’s sales in the quarter. The company acquired the Select brand in May for CS1.27 billion ($954.7 million). Read now: As pot stocks sink, these two guys just raised $120 million to buy Don’t miss: All the excuses cannabis companies are making for an ugly crop of earnings MKM analyst Bill Kirk raised his fair-value estimate on the stock to C$8 from C$6 but stuck with his neutral rating on the stock.