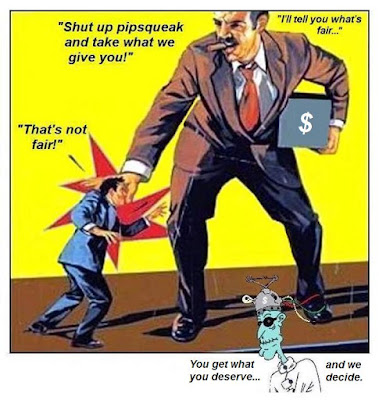 A rational person might ask, why is the US government aggressively going after the soldiers themselves, who accepted a bonus to re-enlist and actually served again in a war, putting themselves in harm’s way, in good faith?

If there was active collusion to defraud it should be prosecuted, but if not, why make the soldiers pay the price?

If there is a problem why are they not addressing it with the local government officials who may have offered the bonuses in error to achieve the ends demanded by the powers that be in Washington?

It is because the soldiers, who faithfully served their country and kept their end of the deal, are the most vulnerable. They are individually weak, and not equipped to lawyer up and fight back against legalistic injustice.