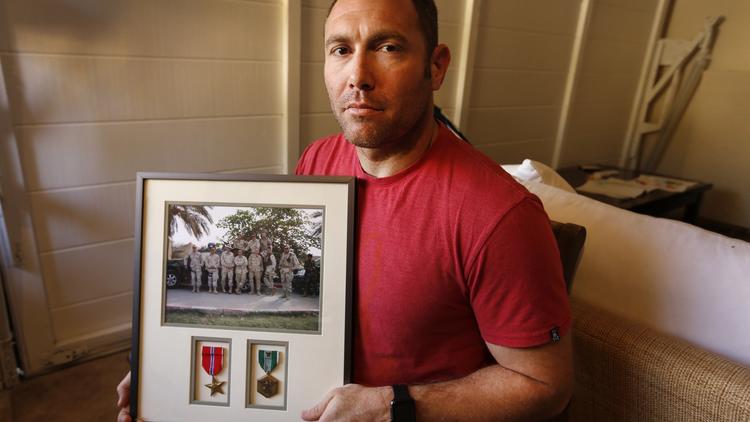 Short of troops to fight in Iraq and Afghanistan a decade ago, the California National Guard enticed thousands of soldiers with bonuses of $15,000 or more to reenlist and go to war.

Now the Pentagon is demanding the money back.

[…] Nearly 10,000 soldiers, many of whom served multiple combat tours, have been ordered to repay large enlistment bonuses — and slapped with interest charges, wage garnishments and tax liens if they refuse — after audits revealed widespread overpayments by the California Guard at the height of the wars last decade.

Investigations have determined that lack of oversight allowed for widespread fraud and mismanagement by California Guard officials under pressure to meet enlistment targets.