Donald Trump alights on the Compleat Conspiracy. Anti-Semites are thrilled. 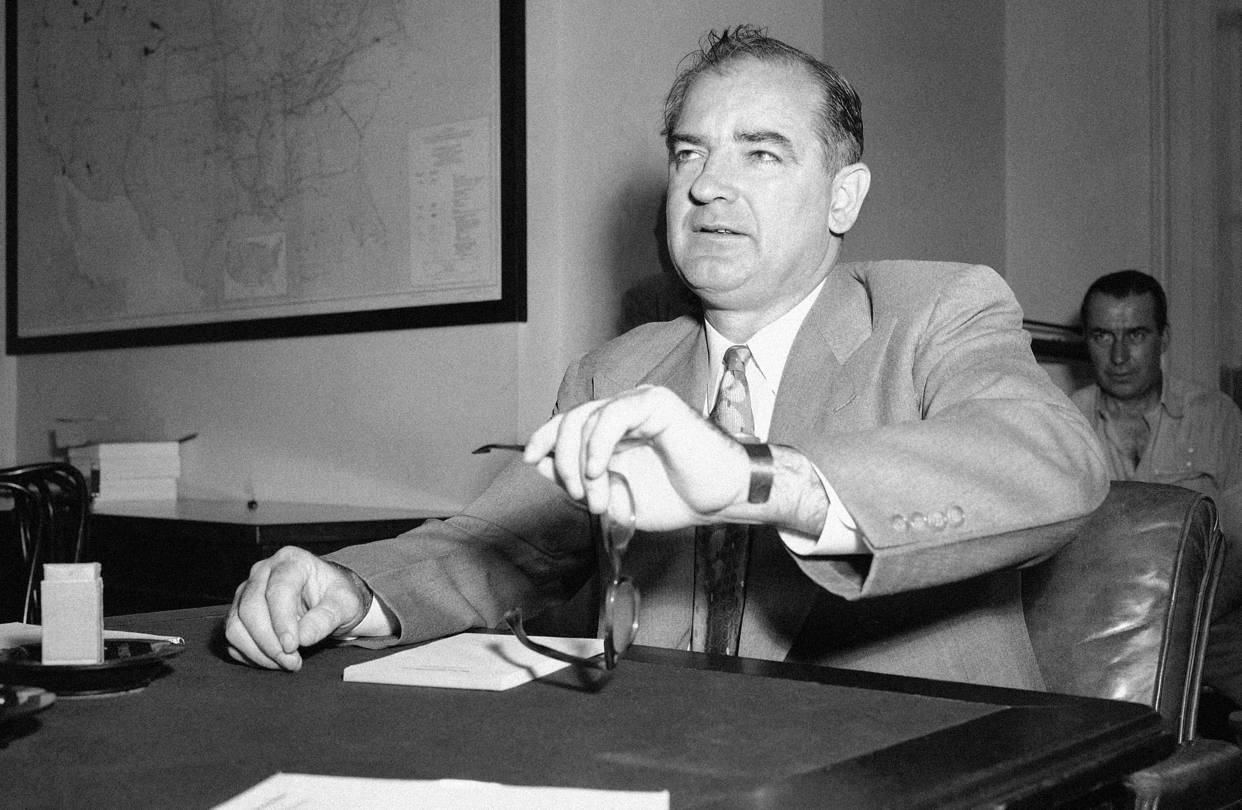 They meet in secret. Men of immense wealth; a woman of limitless ambition. Their passports are American but their loyalties are not. Through their control of international banks and the media they manipulate public opinion and finance political deceit. Their aim is nothing less than the annihilation of America’s political independence, and they will stop at nothing—including rigging a presidential election—to achieve it.

Call it for what it is: “A conspiracy on a scale so immense as to dwarf any previous venture in the history of man.”

Astute readers will note the quotation of a speech delivered in the U.S. Senate in June 1951 by the then-junior senator from Wisconsin. We’re in historically familiar territory. Joe McCarthy inveighed against Communists in control of the State Department. For Charles Lindbergh it was “war agitators,” notably those of “the Jewish race.”