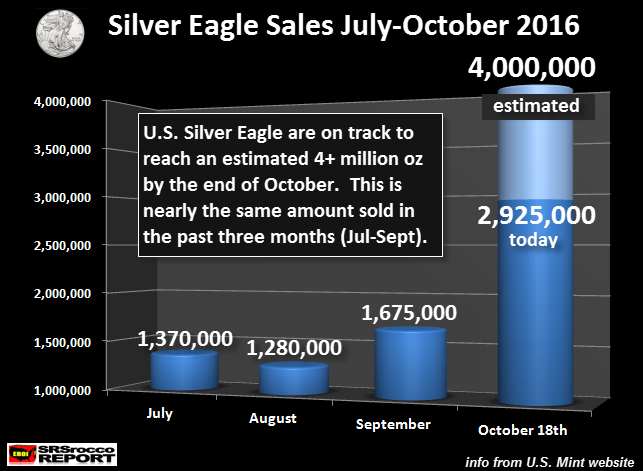 One factor was the fall-off in demand by the Authorized Dealers (wholesalers) who had continued to purchase record Silver Eagles in the first part of 2016, even though retail investor demand had softened.. The other factor was a weakening of investor demand as the contagion from the U.K exit of the European Union subsided in the summer.

Regardless, U.S. Mint Silver Eagle sales came back with a vengeance in the first half of October, reaching 2,925,000 according to their most recent update today (Oct 18th). If we look at the chart below, we can see how much demand has increased compared the previous three months: