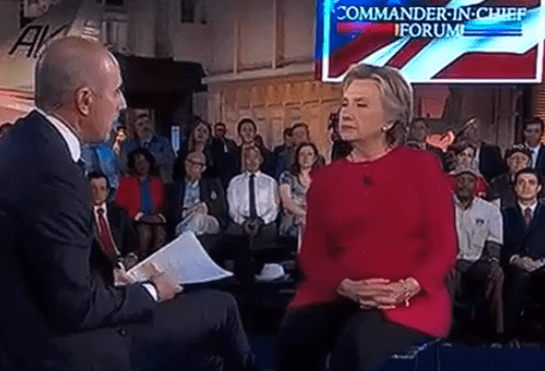 Hindsight is making more and more clear that Hillary’s outrageously rigged campaign is dependent – heavily dependent – on control over the media.

Nearly every question she has been asked during the past 18 months has been approved and agreed upon ahead of time. Hillary’s responses have been heavily scripted and rehearsed.

It even emerged that Donna Brazile, who is a CNN contributor and who was appointed interim chair of the DNC after Debbie Wasserman Schultz was forced out, shared questions that were meant to be spontaneous with the Clinton campaign in advance.

But in this alleged behind-the-scenes account, Donna Brazile becomes the brunt of Hillary Clinton’s anger after host Matt Lauer sprung an unapproved question about the email scandal on her.