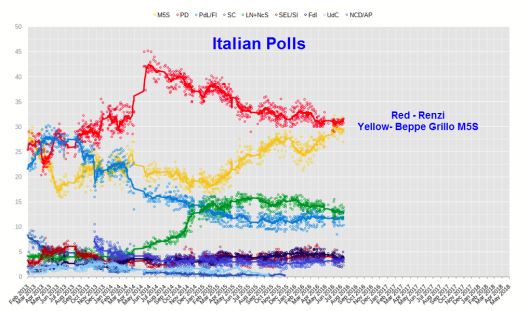 Italian Prime Minister Matteo Renzi threatened to step down if a December government-reform measure he seeks does not pass.

The reform will dramatically reduce the power of the Senate. It will also give a parliamentary majority to the party that gets the most votes. Renzi wants that authority.

Ironically, if the referendum does pass, Italy is more likely to leave the Euro than if it doesn’t. A graph of Italian Voter Polls shows why.

Opinion Polling for the Next Italian General Election