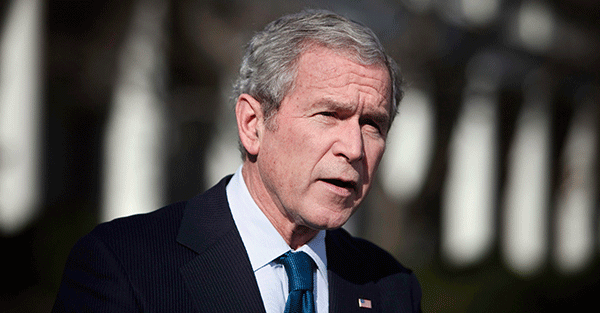 Millennials believe George W Bush killed more people than Stalin, finds survey … One third of younger generation respondents believe that more people were killed under the Republican’s tenure than the former Soviet Union dictator … According to a new survey, one third of millennial, generation “X” and “Z” respondents believe that more people were killed while Bush was US president than under the dictatorship of former Soviet Union leader Joseph Stalin. – UK Independent

Mainstream media and its controllers have lost control of information in the 21st century and this survey is further evidence of it.

Millennials reportedly believe George Bush was responsible for more killings than Stalin, according to results of a poll reported by the Victims of Communism Memorial Foundation in its first “annual report on US attitudes towards socialism.”